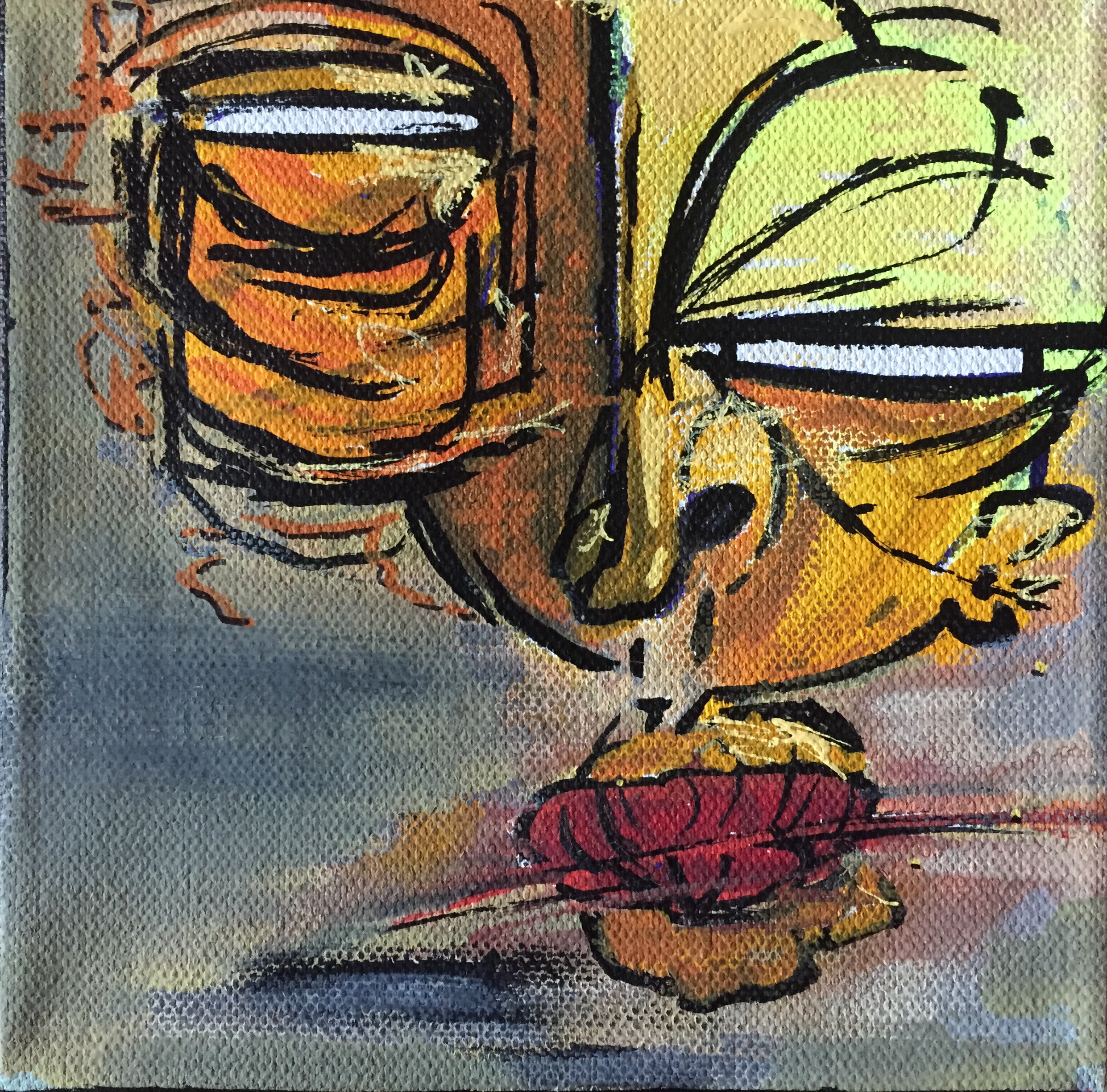 BIO: My name is Allen Creamean (a.k.a. “Neurotik”), born and raised in Illinois my whole life; most of which in Northern Illinois in a small town outside of Rockford called Byron Illinois.  I have studied and worked in the field of psychology/mental health for the past 10 years. I’m licensed as a Clinical Professional Counselor at The Pavilion Hospital, working with youth and adults in acute psychiatric crises. I have lived in Champaign for the past three years and have been painting for the past four. As far as my mediums, I started using spray paint after having an interest in graffiti to make larger pieces (8’x8’ or larger), but quickly switched to acrylic paint markers which allow more control in creating a piece on a smaller scale. I have been involved with The Common Mind artist group for the past 4 years, painting at live events (Pop-Up Graffiti Jams @ Mike and Molly’s) and assisting with development and executing Boneyard at Fluid Events Center in April of 2015 and 2016. I have shown work at a variety of locations in town, but don’t typically have my work in one location for more than a weekend; I prefer to show my work at outdoor shows where I can interact and at times, get the kids engaged in painting. I have participated community based festivals/shows (e.g., Boneyard Arts Festival, Pygmalion Made Fest, Taste of Champaign) and have been selected for a few juried exhibitions (40 North Sky Gallery 2015, Urbana Art Expo 2015 & 2016, Boneyard Juried exhibitions for 2016 & 2017) as well as nominated and winning 40 North Artist of the Year award in 2017. I also attempt to get involved in charity auctions/shows if I have a piece available; to date I have submitted approximately 12 pieces to help raise money for causes such as mental health awareness, cancer fundraisers, and suicide prevention.

GOAL/PURPOSE: My goal with my artwork is to normalize symptoms of mental illness while validating the painful emotions often suppressed. I find all too often that at the core of most psychopathology feelings of ostracism and self-criticism. I paint my own emotions with the intent of showing the world that at times emotions can be difficult and frightening. In some ways it is a means of challenging myself to be vulnerable with who I genuinely am on a public scale. In other ways, it shows those who repress their feelings and creativity, that not everyone will judge them.

To purchase this or other original works, contact the artist at: 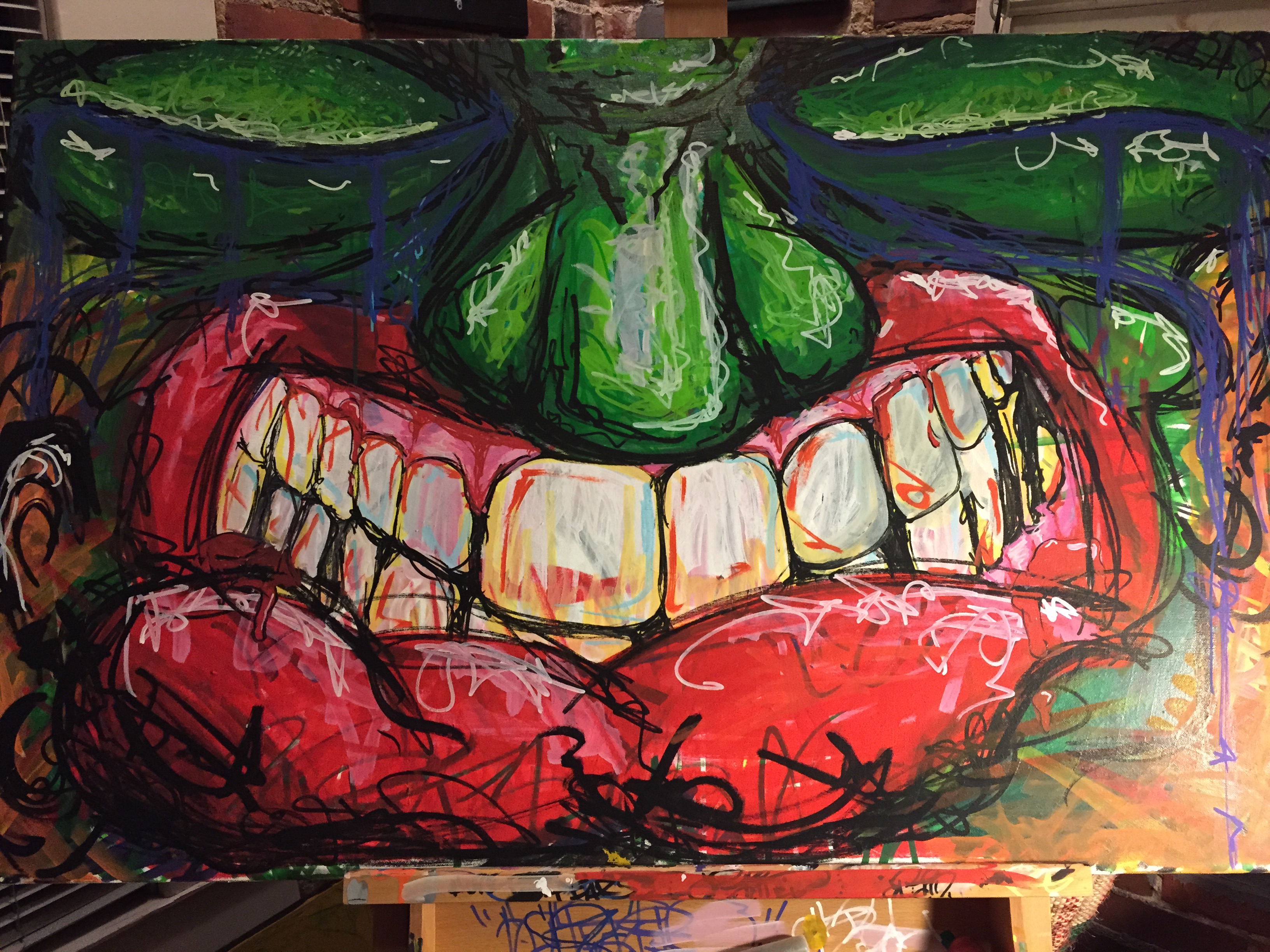 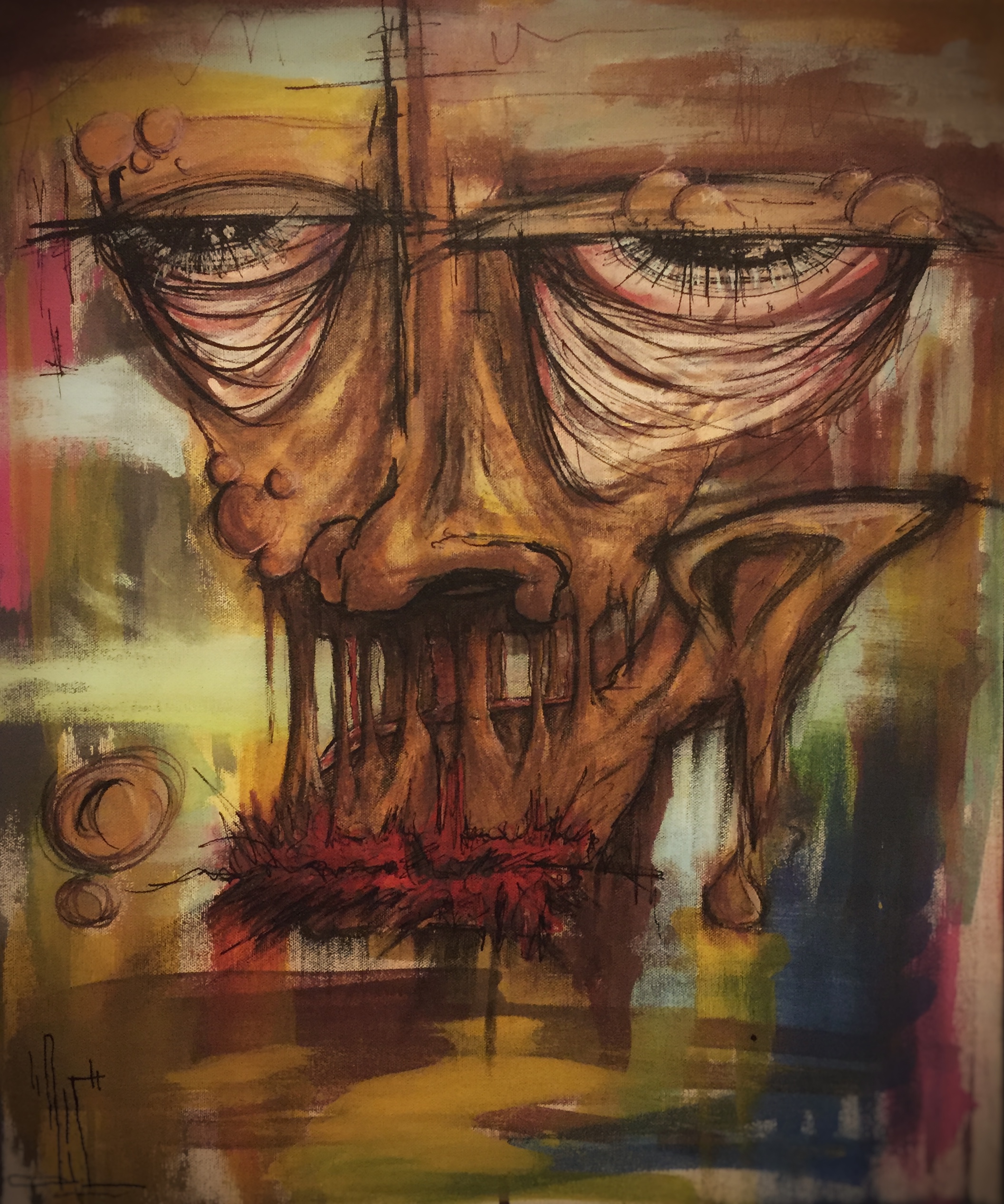